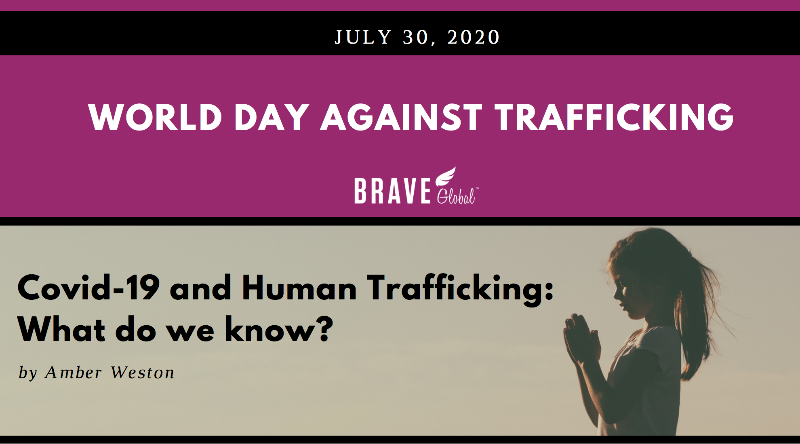 Many of us were shocked to read the headlines about Wayfair last month, accusing the furniture retailer of trafficking children within the industrial cabinets they were selling at extremely high price points. These claims spread like wildfire across social media, as influencers gained popularity and followers by speaking up on this accusation. The claims have been proven to be false, but the topic of human trafficking is fresh in all of our minds.

Outside of this one story, we do know that children and adults are being bought and sold globally, with human trafficking being a $150 billion dollar industry; with $99 billion dollars being earned on sexual exploitation each year.

As the world has slowed down under strict stay-at-home orders, it is important to think about how these orders will impact human trafficking victims.

Myth: Human trafficking is decreasing because we are at home on quarantine.

Fact: Vulnerable communities are more vulnerable than ever.

Myth: There is nothing that I can do about it. The problem is too big.

Thinking about this issue can be overwhelming. It is estimated that 40.3 million victims trafficked globally. It has been found that 70-80% of trafficked females in the United States come from the foster system. This vulnerable population is preyed upon, as so much of their energies are focused on mere survival. As they age out of the foster care system they become targets for pimps who first trick the girls into believing that they are in a loving and protective relationship. Because of the vastness of this problem we can feel like there is nothing that can be done.

Miley Waterman, CEO of Brave Global, says, “One of us can’t do everything, but all of us can do something.” Consider how you might be able to take a step below.

Amber Weston is a freelance author for Brave Global. To read more from her, visit thegiltedlife.com

Do you know the signs of human trafficking?

Brave is committed to empowering youth in order to stop exploitation & trafficking. Not just today, but every day.
Do you want to learn more?

Brave is dedicated to resourcing our youth and caregivers during this difficult time. We invite you to be brave & join us by making a tax deductible donation.